About
Coalition is a privacy-first exposure notification app to help stop the spread of COVID-19. Download and share the app to help your friends, family, and community stay safe.

Coalition is a privacy-first exposure notification app that leverages Bluetooth to combat the spread of COVID-19.

By now, all statistics point to exposure notification services as critical to curb the exponentially-spreading virus. An automated and extensive platform of tracing who Coronavirus-infected individuals have been in close contact with can rapidly reduce the cycle from the initial detection to treatment, isolation requirements, and then certification of recovery. Furthermore, it can drastically improve containment efficacy, and in many instances make quarantine unnecessary.

Given that the vast majority of phones are Bluetooth-enabled, each time a phone passes by another phone or other Bluetooth-enabled device, it picks up anonymous device information. If a Coalition app user declares that they have tested positive for COVID-19, their phone then can anonymously and almost instantaneously inform all other phones that have been in its proximity over an extended period of time during the prior 2 weeks. The amount of exposure period and the length of time we trace back to can be set by epidemiologists. Users who are notified can then immediately take necessary self-isolation measures. The identities of both the COVID-19 positive patient and of the people receiving the notifications are securely encrypted.

Who is Behind the App

Coalition Network is a non-profit whose founders and team have been building and implementing decentralized,Bluetooth-based network solutions on mobile for the past decade. In 2011, after operating a small telco in France, Micha Benoliel co-founded Open Garden to build a new generation of mobile networks leveraging the smartphone infrastructure. Open Garden started to market a mesh networking app using Bluetooth to enable users to share their mobile connectivity for free with other nearby members’ personal devices like laptops and tablets.

The company quickly reached millions of users, and in the spring of 2014, used its mesh networking capabilities to launch FireChat, a messaging app that enabled people to communicate on top of the Open Garden network when there is no internet access. One week after its launch, FireChat was already used by a million users and quickly reached the top 10 mobile applications in 125 countries. Originally launched for the festival of Burning Man and for music festivals, the app turned out to be used by students to organize and communicate during pro-democracy protests like the Sunflower Movement at the end of March 2014 inTaiwan and during the Umbrella Revolution in Hong-Kong in September of the same year. The following year, FireChat was also being used during disaster recovery situations like the Kashmir and Chenai floods in India.  That same year the FireChat team was the winner of the SXSW (South by Southwest) festival in Austin for the Interactive Innovation Awards in Connecting People. The Financial Times wrote “Open Garden may have found the next version of the internet” and the company got awarded the Financial Times Boldness in Business Award for the best Technology of 2014.

Since then, the team remained at the forefront of innovation in the field of wireless connectivity using Bluetooth. In 2017, FireChat’s lead designer Garrett Kinsman co-founded Ola-Play in India to turn hundreds of thousands of cabs into media centres and WiFi hotspots, while Micha Benoliel and Lucien Loiseau (Phd in Mesh Networking) co-founded PiperChain, an off-the-grid mobile application that enables users to send the equivalent of tweets from phone to phone to spread information without requiring the need for internet connectivity. The company got sold to RightMesh in Canada 2 months after its launch.

That same year the team started Nodle, a wireless network for IoT devices using Bluetooth. The company quickly built a network of 5 million daily active Bluetooth-enabled smartphones that crowdsource connectivity to help connect hundreds of millions of nearby IoT devices every week. In December 2019, Nodle was a TechCrunch Disrupt Berlin Finalist for Nodle’s “Rendez-vous” communication protocol.

When the team started its quarantine at the beginning of March 2020, they learned about various contact-tracing applications for COVID-19 and quickly decided to leverage their experience and know-how in Bluetooth and cryptography to rapidly bring to the market (end of March) the “WhisperTracing Protocol,” a contact tracing protocol to protect users’ privacy while alerting them of their risk of being infected. The protocol has been reviewed by Nodle peers and cryptographers from MIT, Stanford, USC and Oxford. In early April, they launched privacy-by-design Coalition App and created a non-profit called Coalition Network to bring the open source code of the protocol and the mobile application to serve the public health sector.

Get in touch with us
Partners 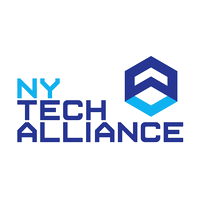 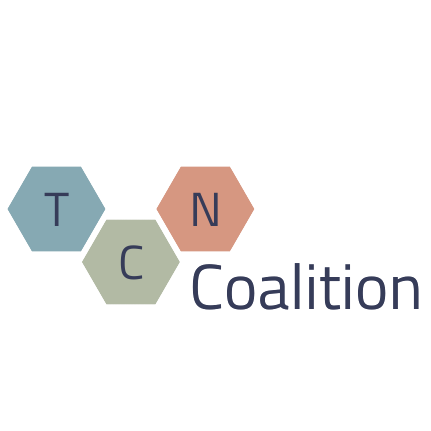 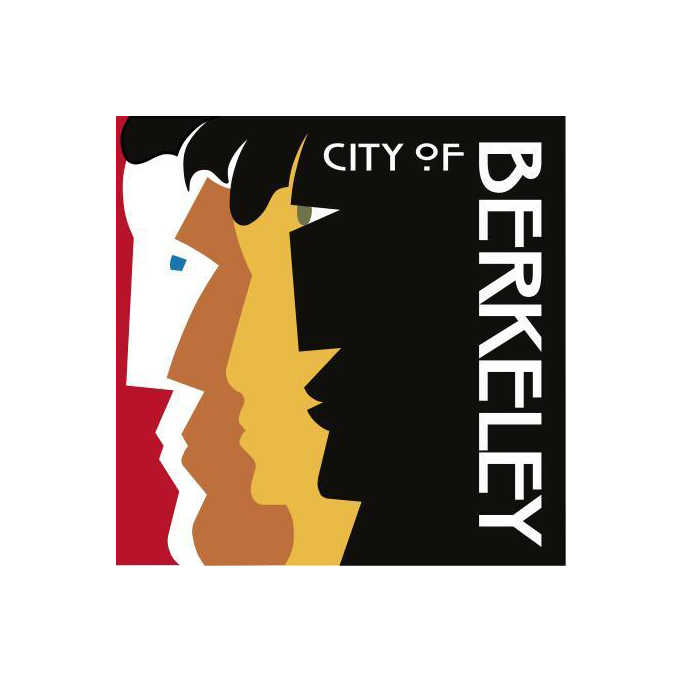 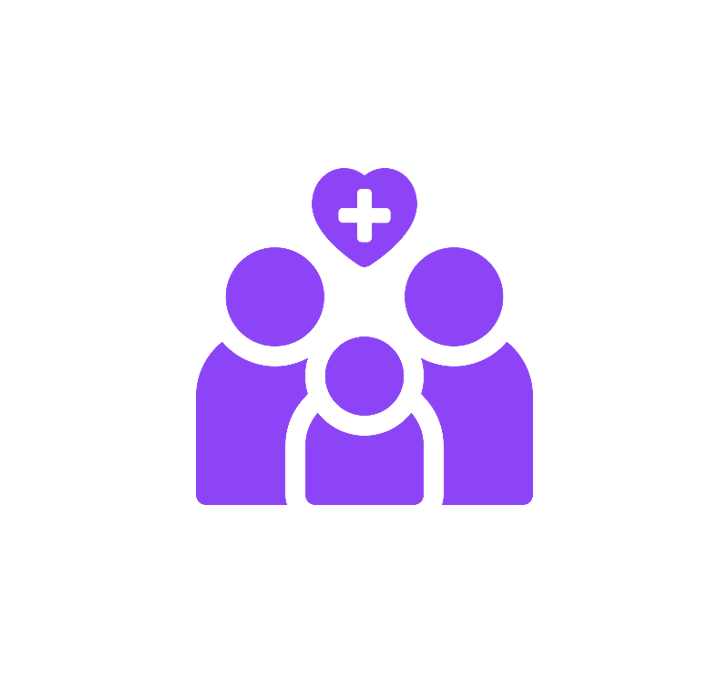 be safe with coalition
The more people join the Coalition, the safer it gets for everyone.
Protect your friends and family by sharing Coalition
Email us at contact@coalitionnetwork.org
Privacy policy 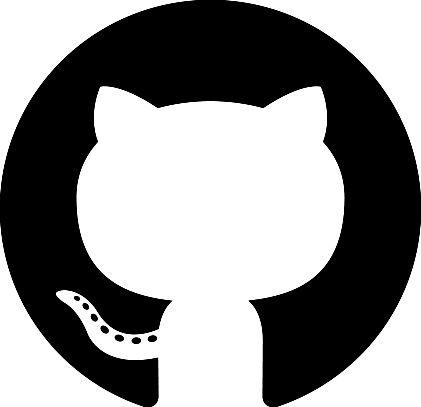 Coalition
Manifesto
Coalition is a proximity based contact tracing platform leveraging Bluetooth to fight COVID-19.
‍
Coalition benefits from decade-long R&D in the space of decentralized wireless networks, mobile mesh and secure identity management systems from the Nodle team. The technology was developed by the team at Nodle — the world’s largest ecosystem of connected devices, providing low cost, secure wireless infrastructure, data insights for enterprises, manufacturers and smart cities.
‍
The Nodle founding team previously created FireChat, a peer-to-peer Bluetooth-based messaging technology that has been used to stay connected and communicate while in planes, on cruise ships, at large festivals, during internet shut down and in cases of disaster-recovery situations.
‍
We believe that the whole of humanity is concerned by what is happening. In these times of uncertainties and of emergencies we have to act fast. It is an opportunity to use our software and expertise for good to save millions of lives.
Updates on
COVID-19
Latest government updates on COVID-19 Via the US CDC.

What to do if you have flu-like symptoms e.g. fever, cough, runny nose and sore throat Via the CDC.
How does
Coalition works?
Given that the vast majority of smartphones are Bluetooth-enabled, each time a phone passes by another phone or other Bluetooth-enabled device, it picks up anonymous device information.
If a Coalition app user declares that they have tested positive for COVID-19, their phone then can anonymously and almost instantaneously inform all other phones that have been in its proximity over an extended period of time during the prior 2 weeks. The amount of exposure period and the length of time we trace back to can be set by epidemiologists.

Users who are notified can then immediately take necessary self-isolation measures or get tested if available. The identities of both the COVID-19 positive patient and of the people receiving the notifications are anonymized and securely encrypted.
How does
Coalition protect
your privacy?
One of the key roadblocks to wide scale adoption of “Contact tracing” apps is privacy protection.
‍
Tracing apps to-date have unnecessarily compromised privacy; users give away identities, location and even “under-the-skin” biometric data. We believe we can achieve benefits on contact tracing  whilst being privacy conscious.

So, how is privacy protected?
Let us first clarify when privacy is breached.  It’s when:
Users don’t have the option to opt-in into the networks;
Users have to upload their location data to the cloud which can be traced and monitored by a central entity;
Data is attached to identities, or;
Not GDPR or CCPA compliant.
‍
To address the above-mentioned concerns that hinder the adoption, Coalition enables the following:
Users’ location data is never sent to the cloud on Coalition. By contrast, it is a prerequisite for all other platforms;
Bluetooth proximity data is encrypted and stays on your device;
The users are sole owners of the data—prior contacts are notified anonymously and securely when they fall sick to COVID-19, and;
All data is anonymized and encrypted
‍
You can see more about how we are GDPR and CCPA Compliant below.